Legal Disaster That Resulted from Notorious State of Emergency in Turkey

The coup attempt staged on the night of 15 July 2016, which was carried out under an obscure, bizarre and unexampled plan, was contained in just a few hours. However, it resulted in colossal adverse impacts in various domains including legal matters. Due to the excessive measures taken before and after the coup attempt, Turkey has not only disregarded certain constitutional principles and rules but also dishonored many of its international human rights commitments since the thwarted coup. This entails that the AKP government has not complied with its legal obligations vis-a-vis its own people and international community. Accordingly, lasting human sufferings, erosion of the justice system and weakening of the rule of law have become primary subjects of debates on Turkey.

Unequivocally, the State of Emergency (SoE) evidently steamrolled a large group who had been previously blacklisted and then removed from public office with decree laws without observing prescribed legal procedures and guarantees.* Furthermore, these people and their relatives have also been severely subjected to a number of additional sufferings i.e. stigmatization, exclusion, demonization and deprivations of civil, social, economic and cultural rights such as proscriptions related to performance of certain professions, travel ban, denial of some public services and exposure to discriminations in private relations. Therefore, many of them have had to leave the country crossing Evros River to avoid civil death in Turkey and to seek asylum in western countries. Nevertheless, given the mentioned unmerciful treatments, it is a travesty that the predominant portion of these persecuted people has nothing to do with the coup attempt, opposes any kind of military interventions and abstains from conducts undermining public order and public security. Hence, one can infer from this posture and the arbitrary practices of AKP in the last years that the main objectives of the AKP government that deems these arbitrary punishments proper are to eliminate these perceived dissidents who have been regarded as hindrance before unlawful and hidden master plan of the ruling party and to tame rest of the citizens who might potentially disapprove and rise up against AKP’s undemocratic and transgressive policies and measures.

Submissiveness of the judiciary, which has substantially lost its independence and neutrality in relation to the AKP government especially by virtue of the massive purge within SoE, is another calamity for the whole country. Considering the judicial proceedings initiated within the SoE and up to now, members of Gülen Movement, which has been blamed for being behind the coup and designated as a terrorist organization by AKP, Kurds including the former leader, elected mayors and executives of HDP, dissident journalists and thinkers who harshly criticize the incumbent government constitute the ill-fated victims of the justice system. Most of them are being indicted for bogus charges, arrested under the specially designed closed circuit-system of criminal peace judgeships, not able to properly enjoy right to defense and right to fair trial and some of them, if acquitted, released or obtained favorable rulings from ECtHR, are being rearrested on the ground of new sham accusations. These entail that post-coup climate and massive purges, which have mercilessly been exploited by AKP, rendered the judiciary a convenient apparatus to realize certain political goals, to dissolve organizations and formations that are not obedient, in explicit or implicit way, to AKP and to eliminate critics and contenders, who might hit the achilles’ heels of AKP.

Among severe non-compliances by AKP government with domestic and international obligations are also practice of torture and enforced disappearance. It was very shocking that video footages of tortured top army generals and a major who was tormenting alleged putschists were disseminated by state-run news agency and pro-government TV-channels on the following days of the foiled coup. Apart from this, many reports and testimonies, in which torture by law enforcement or intelligence agencies, were revealed. Hence, respectable human rights activists and civil society organizations point out that torture in Turkey has become widespread and systematic in the sense of crimes against humanity. Besides, since the coup attempt more than 30 persons have been subjected to enforced disappearances by Turkish intelligence. Their whereabouts were unknown for months. Some of them exposed, at court hearings, the kidnappings and the torture by the secret service. Such a defiance by the AKP government to a non-derogable jus cogens norm of the international law can only indicate that the justice system of the country is not functioning properly and is inadequate to fulfil its task within the limits of the law. Such transgressions also imply that a circle within the administration might be desiring to fabricate evidences to sustain the ambiguous official stories of the government regarding the inexplicable incidents.

On top of the abovementioned legal and judicial deviations, the most perilous and striking element of the current degenerate legal order of Turkey is specially adopted impunity laws. One of these is the provision** that grants the guarantee of eluding the investigations for members of intelligence and other public officers, who are specially assigned by the President to fulfil a certain task, in regard to their acts in performance of the said assignments. Considering the covert operations, like enforced disappearances and extraterritorial abductions, carried out in the last years by Turkish intelligence, this rule not only has been giving a carte blanche for their wrongdoings but also has been providing the government for a formula to realize its envisaged illicit operations. Furthermore, the judicial shield designed for public officers and civil persons involved in suppression of July 15 event is the other indefensible legislation.*** Under this law, no legal, administrative, financial or criminal liability may arise in regard to persons acted in the context of the suppression of the coup attempt and incidents that were connected to it. Thereby, one can fairly conceive following two points regarding these provisions, in addition to their dreadful characteristics. One is that the AKP government does not want the official narrative of the coup attempt to be challenged. The other is that such impunity rules constitute implicit derogations from the right to life and right to freedom from torture, which are not permissible under international law.

In the grand scheme of the above points, it can be inferred that, despite the formal end of SoE, it remains to be de facto governance model of Turkey. Especially in the legal sphere it has deeply destructive effects by virtue of arbitrary purge practices amounting to civil death, confinement of judiciary under effective control of the AKP government, employment of severe tortures and kidnappings and impunity laws shielding certain wrongdoers from being held responsible. It seems that July 15 coup attempt, the so-called victim of which was the AKP government, has appeared as the ‘God’s gift’ vesting opportunities and powers in AKP to be able to design the state as it desires, notwithstanding social, administrative and humanitarian ramifications.

* In addition to formally purged officers, many people, who were working at education institutions, NGOs, media outlets that were shut down with SoE decree laws, have lost their jobs and been subjected to similar deprivations.

** Article 17 of Law No 2937. Those officials can only be investigated with prior assent of the President. 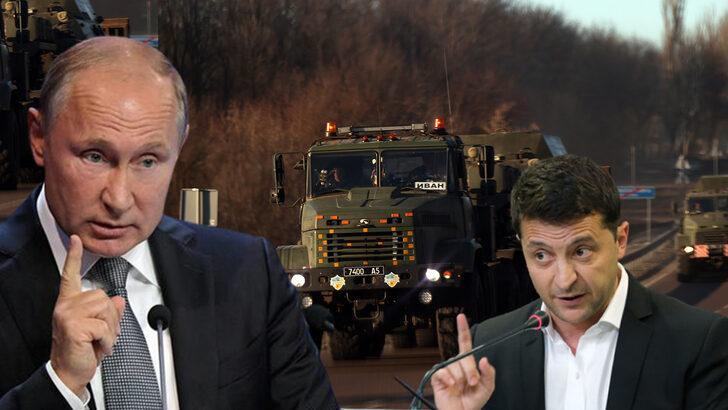 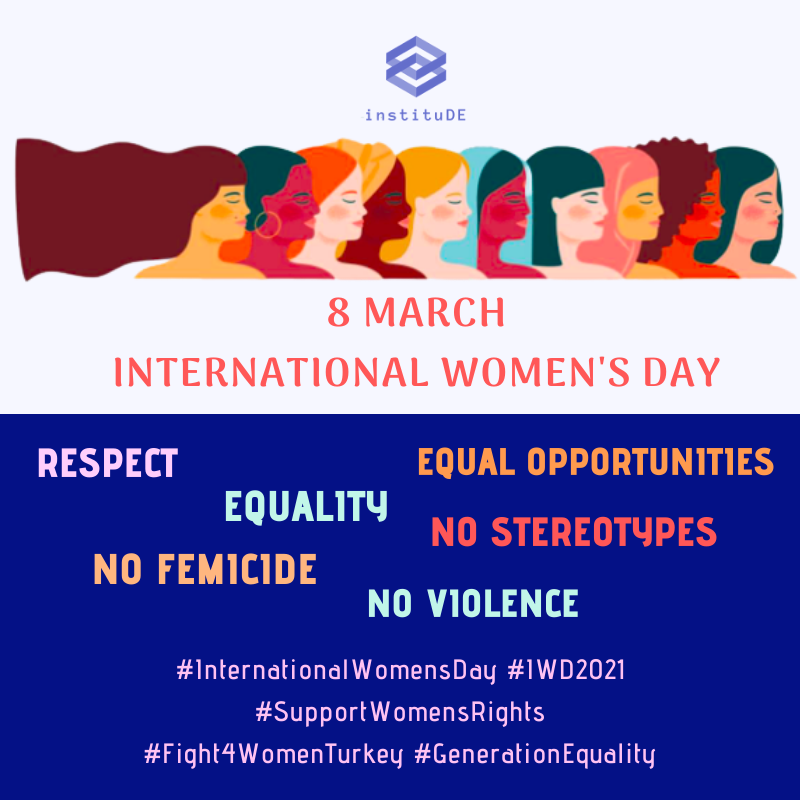 While the celebration of women’s day dates back to the first decade of the 20th century, more action is still to be taken by all countries to eradicate all forms of discrimination against women and to materialize the equality of men and women. 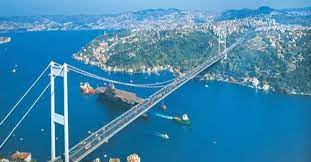 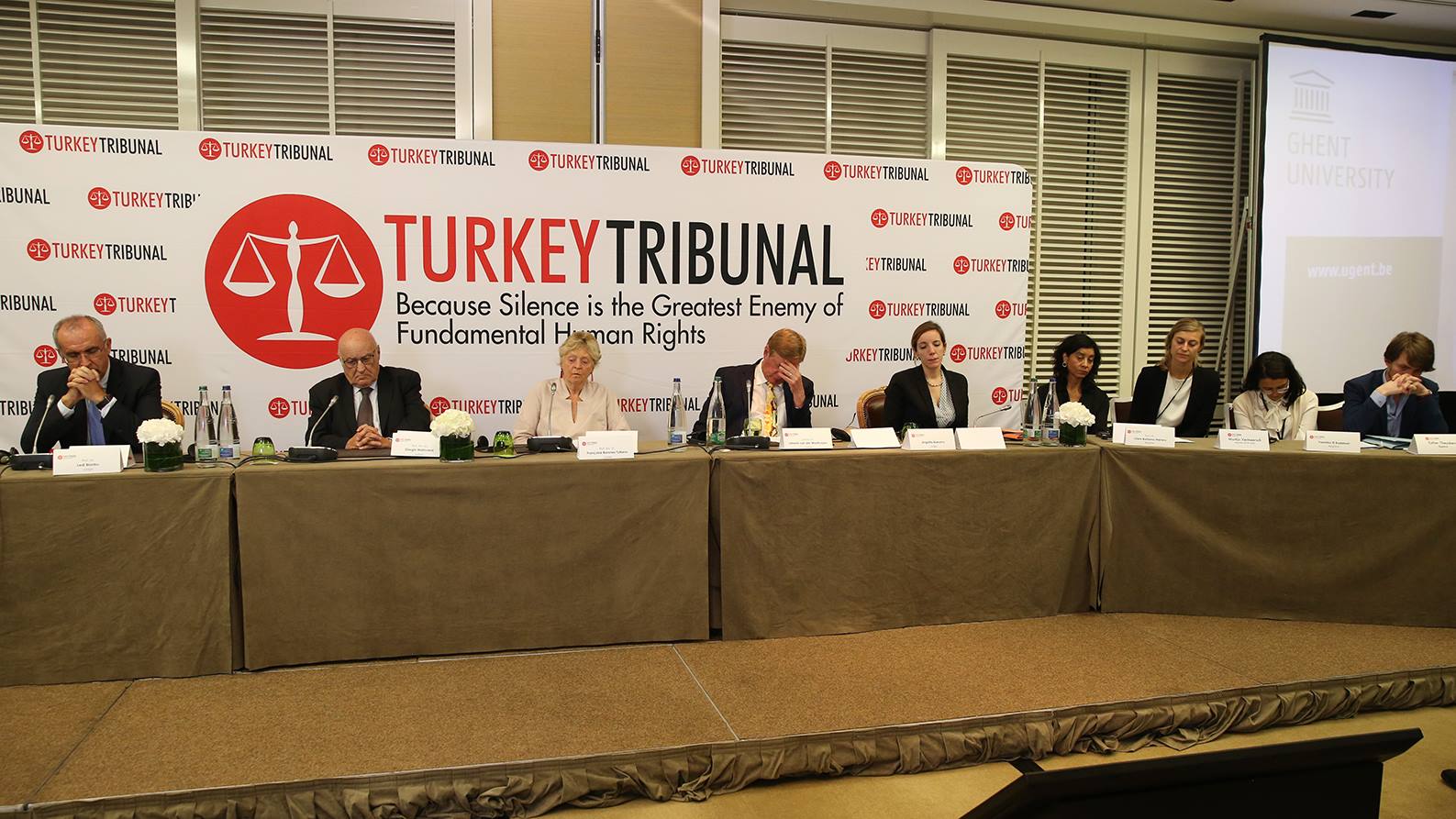 Turkey Tribunal (Tribunal), a Belgium-based independent civil society organization established by academics, former international judges and lawyers, held a series of hearings in Geneva between 20-24 September 2021. The Tribunal is a citizens’ tribunal designed to serve as a forum to assess the grave human rights violations taking place in Turkey, similar to the Russell Tribunal and the World Tribunal on Iraq.