The Curious Love Between the UK and President Erdoğan 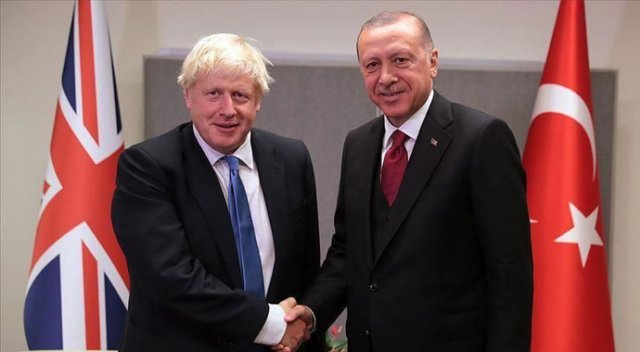 Turkey has been rapidly drifting apart from the West after the failed coup attempt on July 15, 2016. In fact, this shift in the Turkish foreign policy dates back to Gezi Protests and especially 17-25 December 2013 corruption operations. Since then, Turkey’s President Recep Tayyip Erdoğan and AK Party governments have steadily embraced anti-Western policies and undemocratic practices which culminated after July 15. Today, Erdoğan is the sole power in Turkey who does not need to respect democracy or the rule of law.

President Erdoğan, as a corrupted leader who has established an authoritarian rule, cannot afford to have normal relations with Western democratic countries. It has been a long time since he crossed the Rubicon in his bid to turn Turkey into a one-man ruled country, making return to democracy impossible. Therefore, Erdoğan has no choice but to improve relations with antidemocratic regimes such as Russia and China. And he is bound to remain in power at any cost in order not to be held accountable before courts. In other words, Erdoğan has lost the luxury of becoming opposition after a democratic step down in Turkish politics.

Against this backdrop, Turkey’s relations with the US and other Western democratic countries have deteriorated in the past seven years, especially after “15 July”. Mainly due to the Syrian refugee card at Erdoğan’s hand, Western countries have failed to respond to his undemocratic practices as they would have wanted.

The strained relations with the Western countries and their suspicions concerning the true face of the coup attempt led to belated support for the Turkish government against the putschists. But there has been only one outlier country in this broad picture all the while: the United Kingdom (UK). The UK has become one of the strongest allies of Erdoğan after the July 15 coup attempt. Alan Duncan, the then Minister of State for Europe and Americas was the first high-ranking European politician who visited Turkey after the failed coup attempt, at a time when Erdoğan desperately needed foreign support, as a source of legitimacy, for his official coup narrative and his massive crackdown after the attempted coup. The then British Ambassador Richard Moore, I believe, was the only Western country ambassador that rushed to buy the narrative of the Turkish government, without questioning, that the Gülen Movement was behind the coup attempt. He and his successor, Ambassador Dominick Chilcott, have supported the July 15 narrative of Erdoğan on every occasion. Furthermore, the British government has turned a blind eye to the severest human rights violations in Turkey that have happened since then.

The UK’s love for Erdoğan is rather complicated, and not much attention has been given to this odd relationship, except by the Foreign Affairs Committee of the UK Parliament. The Committee has criticized Foreign Commonwealth Office (FCO), the foreign affairs ministry of the UK, for its Turkey policy in the aftermath of July 15 in its report, the UK’s relations with Turkey, of March 2017. This report eloquently articulates most of the deficiencies in the FCO’s policy.

First of all, the Foreign Affairs Committee is not as eager as the FCO and British Ambassadors to Ankara to accept the July 15 narrative of the Turkish government. The Committee states:

“We found that the Turkish government’s account of the Gülenists and the coup, which the FCO seems willing to accept broadly at face value, is not substantiated by hard, publicly available evidence, although as yet uncontradicted by the same standard.”

“More broadly, we disagree with the FCO’s implication that the severity of the measures undertaken by the Turkish government after the coup attempt is justified by the scale of the threat.”

The Committee does not accept the argument of the FCO that it empathizes and understands Turkey. In fact, the FCO’s justification for its policy, ‘understanding’ or ‘empathizing’ sounds too personal. In this regard, I believe that Ambassador Moore may have played a crucial role in the design of the FCO’s policy towards Turkey. A fan of Beşiktaş, a famous football club in Turkey, who tweeted about football extensively, Ambassador Moore endeavoured to fight against the long-established perception of the UK in Turkey, especially in the Islamist circles. Labelling every international development as “İngiliz oyunu - English conspiracy” is a national sport in Islamist/conservative circles where Erdoğan receives most of his support and votes. Trying to demolish this perception, Ambassador Moore even once wrote for daily Yenişafak, whose editor in chief İbrahim Karagül is the main conspiracy theorist in the conservative Turkish press, to persuade readers that the sun has indeed set over the British Empire and there is not anymore a British Empire.

Ambassador Moore, actively and casually using Twitter, once even replied to someone as “Ouch! Who is this idiot!!!”, had an audience bigger than any ambassador in Turkey at the time. But it is probable that he fell victim to the usual disease of being a diplomat: having too much empathy and understanding for the politicians of the country that you are following. Having excessive empathy can make you find justification for inexcusable acts of the country that you are serving in. Ambassador Moore might have thought that he understood Turkey better than anyone else but indeed he failed terribly to evaluate the current trends in Turkey in the best interest of his own country. In the end, he became one of the leading apologists of Erdoğan.

The Foreign Affairs Committee further advocates that the UK should employ a more delicate policy so as to embrace all folks of the Turkish society, not only Erdoğan and the AKP:

“The relationship that the FCO establishes with Turkey must not just be with the state apparatus, or with whichever party or person currently controls it. The UK should seek a deeper and therefore more durable connection with the Turkish people, whatever background they are from, while working to uphold the values of human rights, democracy and the rule of law, which will sustain the UK’s economic, security and values interests in the relationship.”

However, this very well written and wise report has fallen onto the FCO’s deaf ears. Though the Committee has continuously expressed its disappointment, the FCO has not designated Turkey as a Human Rights Priority Country so far.

The FCO and the UK Embassy in Turkey have failed, or more precisely have not even tried, to develop a nuanced Turkish policy. They have never voiced any serious criticisms against Erdoğan. It would not be wrong to say Erdoğan and his henchmen were emboldened and encouraged by the UK’s complacent or even supportive policies on Turkey’s human rights record. The Sabah newspaper has become the most preferred press venue for the UK Embassy in Ankara. A quick note, Sabah is the propaganda mouthpiece of Erdoğan which is owned by the brother of Berat Albayrak, Erdoğan’s son in law. Since April 2017, UK politicians and ambassadors have published at least eight articles at Sabah. At the same period, their publications per other newspapers were much less than this. The British Embassy in Ankara has especially attached importance to publish articles at Sabah on the commemoration of July 15. It turned out that the first commemoration article written by the then Ambassador Richard Moore on 15 July 2017 had been blatantly changed by Sabah editors without his permission. But even this shameful act did not prevent the British Embassy from publishing commemoration articles on July 15 in 2018 and 2019 at Sabah. And the writer of those articles was even a more high-profile figure: the then Minister of State for Europe and Americas Alan Duncan. Strangely this year FCO and the UK Embassy in Ankara sufficed to tweet about July 15. I am curious to see whether this signifies a policy shift.

The main argument for the UK's unwavering support for Erdoğan seems to be forming new trade partnerships in the post Brexit era as expressed by Alan Duncan to the Committee: “we want a deep strategic relationship, which is of course political, but also based on trade.” This argument does not make sense as Turkey is in Customs Union with the EU, thus the UK’s trade deal with the EU will be the backbone of the trade relationship between Turkey and the UK.

The UK’s strong support for Erdoğan is gradually attracting attention from different political and social circles in Turkey. In a recent tweet posted by the lawmaker Bülent Kuşoğlu from the main opposition party CHP, for instance, the UK is mentioned as a supporter of Erdoğan. On the other hand, considering the close relationship between the UK and Qatar, Qatar’s support for Erdoğan under almost any circumstances is curious as well.

Consequently, the UK has been losing credibility in the eyes of broad segments of Turkish society by unquestioningly supporting Erdoğan. The policymakers in the UK should bear in mind that they are supporting a leader who has turned Turkey into an autocratic country full of grave human rights violations. It is beyond doubt that Erdoğan will lose power sooner or later. And if the UK continues with its current policy, it will miss the opportunity to develop a long-term and healthy relationship and pay a high price. The UK will be remembered as one of the strongest allies and accomplice of Erdoğan who has dealt a fatal blow to Turkish democracy and social peace. So, the UK is simply risking its future in Turkey with such a myopic policy.

Having said all of these, the policymakers at the FCO and the British Embassy in Ankara have an easy task: they should just (re)read, but this time by leaving their unnecessary empathy and understanding of Erdoğan aside, the report of the Foreign Affairs Committee of the UK Parliament and follow the roadmap outlined in the report before it is too late. As a former Turkish diplomat who served in the UK, I believe this would be in the best interest of the UK and the Turkish people. 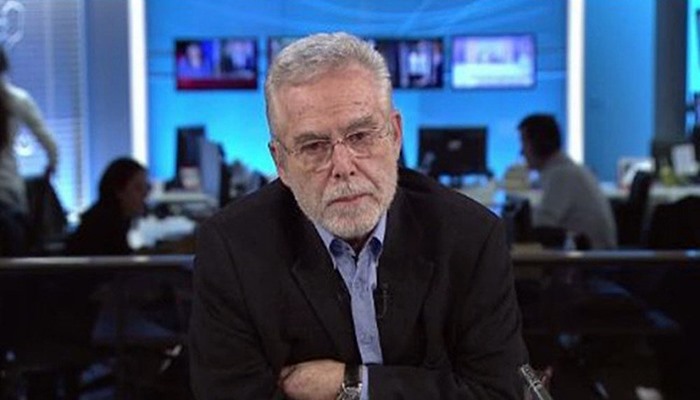