The Rapprochement Between Turkey and Egypt: The Reasons and Possible Outcomes 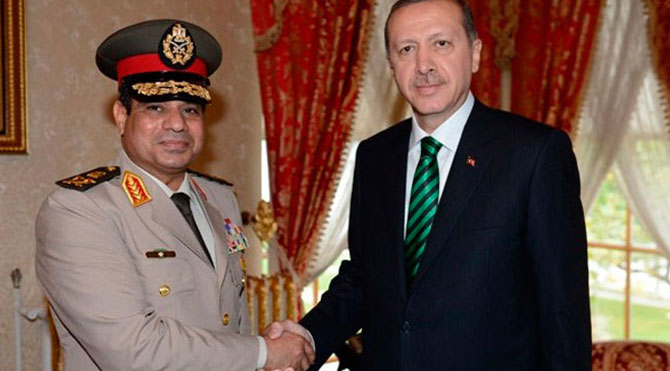 The rapprochement efforts between Turkey and Egypt are not just important for these two countries. They have also imminent consequences for Libya and the Brotherhood. An agreement between Turkey and Egypt would boost the chances of the viability of Libya’s unity government. The backers of the opposite warring sides in Libya then can start to reap the fruits of their investments. On the other hand, the Egyptian Brotherhood will suffer from the loss of support in one of its last strongholds in the Middle East.

It is noteworthy that Turkey develops its relations with its neighbors from a military/intelligence perspective in the last years. Every so-called achievement of Turkey’s foreign policy for the last 5 years is related to deployment of Turkish troops in foreign territories or naval activities, as this is the case in Libya. The chances are high that the rapprochement with Egypt is mainly an extension of Turkey’s policy in Libya. Accordingly, it is not surprising that the talks with Egypt were initiated by the Turkish Intelligence. It is therefore to be expected that all the rapprochement efforts with Egypt will be primarily led by the Turkish Intelligence as Turkey’s policy agenda setter in recent years. Turkish Foreign Ministry will probably have a secondary role in technicalities and public relations