A Foreign Ministry without Ears, Tongues and Eyes 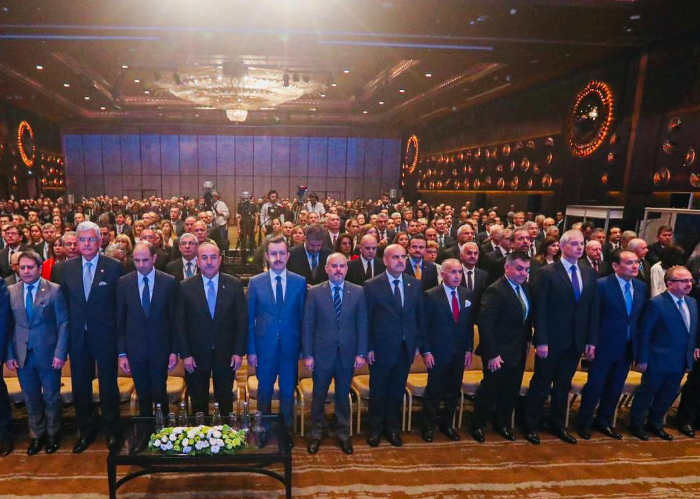 The adventurist foreign policy of President Erdoğan has long been criticized by the pundits. No doubt that his reckless and unpredictable character has plunged Turkey deeper into many foreign policy crises. However, putting all the blame on Erdoğan for the epic failure in Turkish foreign policy is misleading. One must investigate the structural and long-lasting problems of the Turkish Foreign Ministry to better understand the reasons of this failure.

It is widely assumed, both among domestic and international audience, that the Turkish Foreign Ministry is full of highly capable, top-notch diplomats or ambassadors. Thus, the crises or failures occur in the Turkish foreign policy because Erdogan sidelines the Foreign Ministry in the decision-making process.

The primary duty of a diplomat is to understand the country where he serves and to report the developments back to the Ministry. Thus, speaking a local language would enormously help diplomats to observe and understand the domestic politics. Lack of local language prevents diplomats to dive into the culture, history, and current trends of the country that they are supposed to grasp.

“He wound up being a shepherd for a week or two, chasing down stray sheep and living with the Bedouin.”

This is a referral to the retired US ambassador Ryan Krocker who is defined as modern 'Lawrence of Arabia' for his remarkable experience in the Middle East and beyond. He spent months with the Bedouin in desert to improve his Arabic besides completing the 20-month program at the US Foreign Service Institute's Arabic School in Tunis.

Speaking a local language does not only help diplomats better understand the country where they serve, but they also receive sympathy in the public. As former Foreign Minister of the UK William Hague rightly puts it: “The ability to speak, read, listen and write in a foreign language is one of the fundamental skills of our diplomats. Without it they cannot get under the skin of a country and really understand its people.”

So, to understand where the Turkish Foreign Ministry fits in this picture, I have gathered information regarding the language skills of the current serving ambassadors from official websites of the Turkish embassies and open sources. (Attached below)

Out of 122 ambassadors, only 48 of them can speak (at least one of) the official languages of the countries that they are posted to. This figure may seem high, but it is misleading. In 39 out of these 48 countries, the official language is either English, French, German, Italian or Spanish which are common among corps diplomatique. It may seem rather weird to question the proficiency of the Turkish ambassadors for the above languages, but a tweet that went viral proves otherwise. However, this is not the subject of this article.

One of the countries among the nine where the official language is hard to learn is China. There is only one ambassador who can speak Chinese, but it is in intermediate level, not professional. And much more strikingly, this ambassador is not a career diplomat but a political appointee.

Ambassador in Iran is fluent in Persian, but he is a political appointee not a career diplomat. He is a Professor in Persian language and literature. It is more dramatic that there are only three Persian speaking ambassadors out of 122, all of whom are political appointees.

Ambassadors in Qatar, Sudan, Libya state in their resumes that they can speak Arabic. Though two of them are not at the professional level (Sudan and Libya). Again, all these three ambassadors are political appointees. It is shocking to see that there is not any single career ambassador in the Turkish Foreign Service who can speak Arabic even at the elementary level.

When we examine the dataset more closely, we see that there are no ambassadors in the list who can speak the following languages among others: Japanese, Korean, Urdu, Pashtun, no local languages spoken in the Sub-Saharan Africa, Portuguese, Greek, Armenian, Hebrew. Yes, you did not read it wrongly, there are no Turkish ambassadors among those 122 who can speak Greek, Armenian or Hebrew.

This dataset also shows us that contrary to the criticisms from retired ambassadors, politically appointed ambassadors have significantly contributed to the diversity in the Turkish Foreign Ministry with their language skills.

Although President Erdoğan has been responsible for many failures of the Turkish foreign policy so far, putting all the blame on Erdogan is too simplistic. It should also be noted that the Turkish Foreign Ministry is not capable enough to draw a thorough picture of the current trends in international politics.